Today I got to mark off one of my bucket list items. I got to dive the Great Barrier Reef in Australia. Not only did I get to dive the reef, I got to go out on a private boat to a remote location that no tourists get to visit and dive with a Nic Dos Santos from UltraCoral Australia, a professional coral collector all day. After a long drive in the truck and an even longer boatride we arrived at his "honey hole" reef that he calls Badabing. Badabing is named for an amazing acropora he collects there, the UCA (UltraCoral Australia) Badabing. It has a green base, pink coralites with blue tips and is absolutely a stunner under any aquarium lights. In addition to this amazing coral he collects a wide variety of acros including but not limited to the ever popular Strawberry Shortcake, UCA Cherry Blossom, Lemonlime, and Reefraft as well as the regular variety of every color of the rainbow acros.

A macro shot of the UCA (UltraCoral Australia) Badabing Acro

There were only three hoses to dive off of and 4 of us so I took the first snorkel. I jumped in and immediately could see directly to the bottom 40 ft below. It was amazing, an endless sea of corals on top of corals. None of this sparse coral coverage I've seen in other areas of the world. This thing was jam-packed and thriving. I only snorkeled for a few minutes because I immediately regretted not being able to get down there and see it up close and personal. Nic was the first one back on the boat with his box of corals he collected and I pretty much grabbed the regulator from his mouth and jumped in with my camera.

Once I got to the bottom, I set up my camera in a few places that could capture the essence of the majestic scene before me. I had my iPhone 5 with the Watershot Pro housing and the wide-angle lens and red filter installed. I didn’t bother with artificial lighting most of the time because I wasn’t up close enough for it to matter.

After an hour I felt guilty enough to return to the surface and let the next person waiting, return to the reef. I got to lie in the sun on the boat and relax. Taking in the view of the ocean around me without a bit of land in sight for miles. It took about an hour for everyone to return and we moved locations about 300 ft to the edge of a drop off. I got to jump in again. My external battery was on the fritz so my camera died about 5 minutes into the second dive. I returned it to the surface and set out to see what I could see.

I should stop here to mention that this was my first “hooka” or “snuba” dive. The compressed air tank is on the boat (an unlimited supply) instead of being strapped onto my back with a BCD. The water temperature was such that I didn’t need a wetsuit but because of jellyfish stingers and fire coral, I needed to cover my body for safety. I opted to wear a pair of nylon workout leggings and a long sleeved rash guard. I needed a weight belt (or weight vest) in this case but other than that and the mask on my face and the fins on my feet I didn’t have any other equipment on me. It was the nearest I’ve ever felt to being a mermaid. Free underwater like I could fly in the skies above.

I met up with Nic doing his thing, collecting coral. He has a big orange basket he sets down and he uses that as a base, and then travels out from there to find the corals he is looking for. Only returning to the basket when his arms are overflowing with choice pieces. I saw an opportunity to be helpful in some way and take the corals from his arms and be his shuttle bus back to the basket so he doesn’t have to return and lose his place on the reef. With my new self-assigned position I took up position next to him and watched him work. It is amazing to see. He spots a medium sized colony and takes a piece of it, leaving the larger part of the colony there to continue to spawn and heal.

I have never had more fun underwater than I had being Nic’s coral shuttle. I am the type of person that enjoys having something productive to do at all times, and turning diving into something productive instead of just a leisure sport was right up my alley. I was helping a small business in some small way by doing one of my favorite things in the world, diving.

Our dive lasted about an hour and we returned to the surface with the last basket of the day. After sorting the corals into the holding tubs on his boat we had the long trip back into harbor. A storm rolled in on our way back in making for an amazing sunset and an even better lightning show. The storm was moving fast and making things a bit choppy but Nic’s boat can fly. We sped faster than the edge of the storm, a sheet of rain falling and blocking out the mountains in the distance. We got back to his shop by midnight that night to drop all the coral into the holding system before we got to go home and sleep soundly and exhaustedly in our beds. 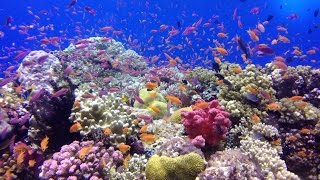 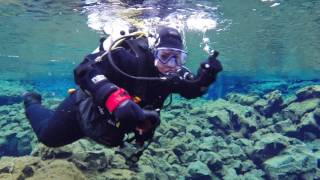 My Day in the Shire - Hobbiton - New Zealand

Whitehaven Beach and the Whitsunday Islands